Research Update: We Get Our Hands Dirty With Combined Sewer Overflows

Combined Sewer Overflow Events cause polluted sewer water to overflow into local water systems. Overflow occurs when the hydraulic capacity of the waste water treatment plants is exceeded by the flow of runoff. These events cause considerable environmental damage. The CSO model we are incorporating into AutoCASE is based off a guidance handbook by the EPA for evaluating CSO events in small cities.[1] As with all of our work we have estimated CSO models for all North American cities (that have combined sewer and stormwater systems).

This model will to be added to AutoCASE soon.

2) Estimate the amount of overflow by comparing the runoff hydrograph (a graph showing the rate of flow versus time) to the hydraulic capacity of a city. (See at the bottom of the post for three hydrographs that we tested). 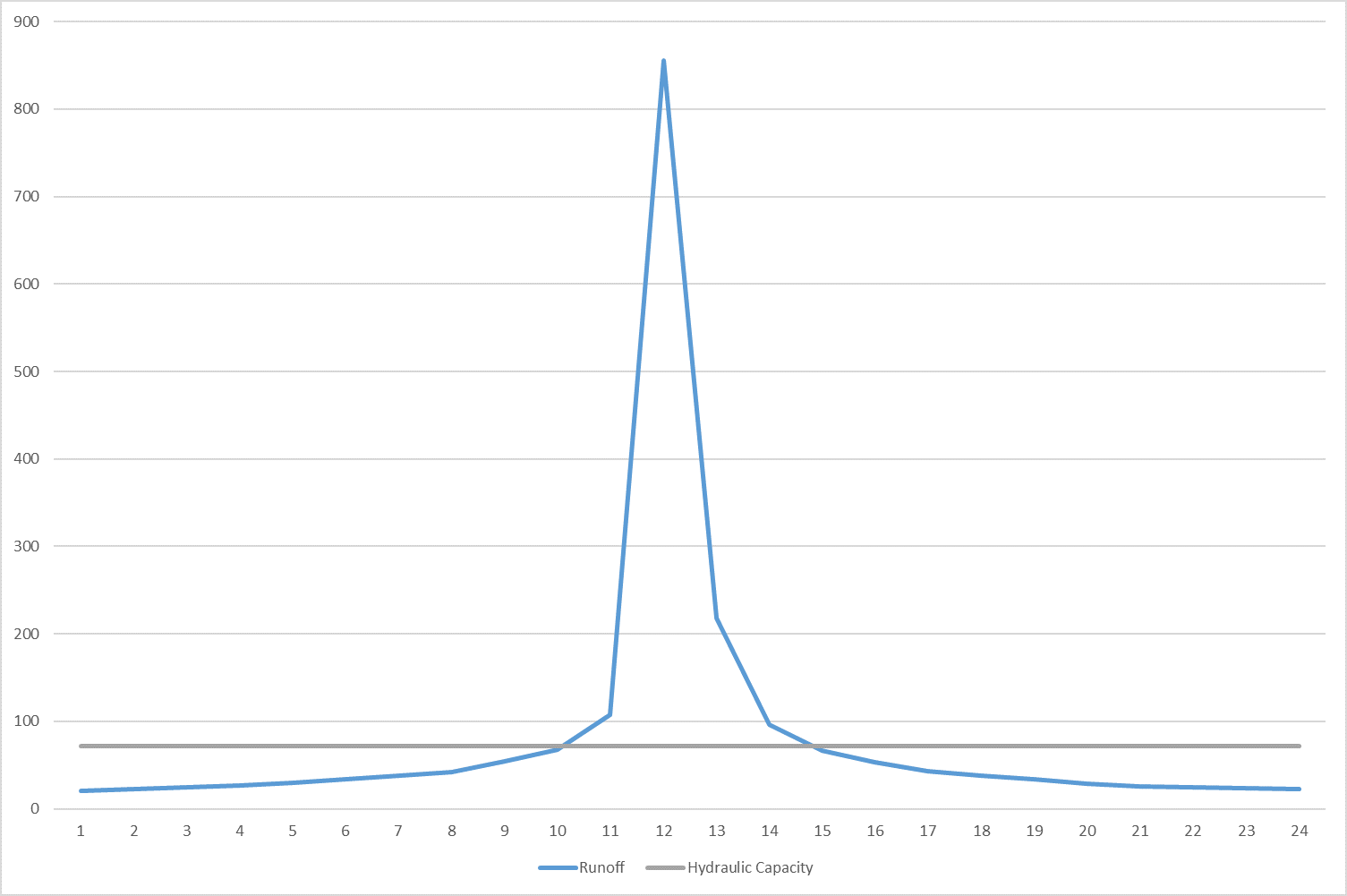 3) The area under the hydrograph and above hydraulic capacity is the amount of overflow, while the remaining area is the runoff handled by the waste water treatment systems in the municipality.

4) Hydraulic capacity in cities have been taken from the EPA Clean Watershed Needs Survey Database. Where cities did not provide information on waste water treatment, and the hydraulic capacity was estimated by Impact Infrastructure based on population and number of CSO events annually. Land use was also considered but was not statistically significant.

6) Monetize, that is put a dollar value on, the pollutant loadings in each CSO event. The monetization of polluted water is based on the United Nations[2][3][4] standard for monetizing the impacts for wastewater. The values are converted from Euro’s to USD and inflated to 2016 dollars. Some pollutants haven’t yet been monetized due to lack of reliable studies.

CSO research is a dirty job but someone has to do it.

As mentioned above, three different hydrographs were tested:

a. A triangular hydrograph which estimates the volume of rainfall occurs over the 24 period. This is directly from “A planning tool for combined Sewer Overflow Control in Small Communities. 2011”

b. A second hydrograph proposed in “A planning tool for combined Sewer Overflow Control in Small Communities. 2011” based on simulations of runoff for communities with combined sewer systems.

c. A hydrograph with the same dimensions of the hyetograph for the city (A hyetograph is a graphical representation of the distribution of rainfall over time). The hyetographs are based on type 1, 1b, 2, 3 rainfalls for the United States. 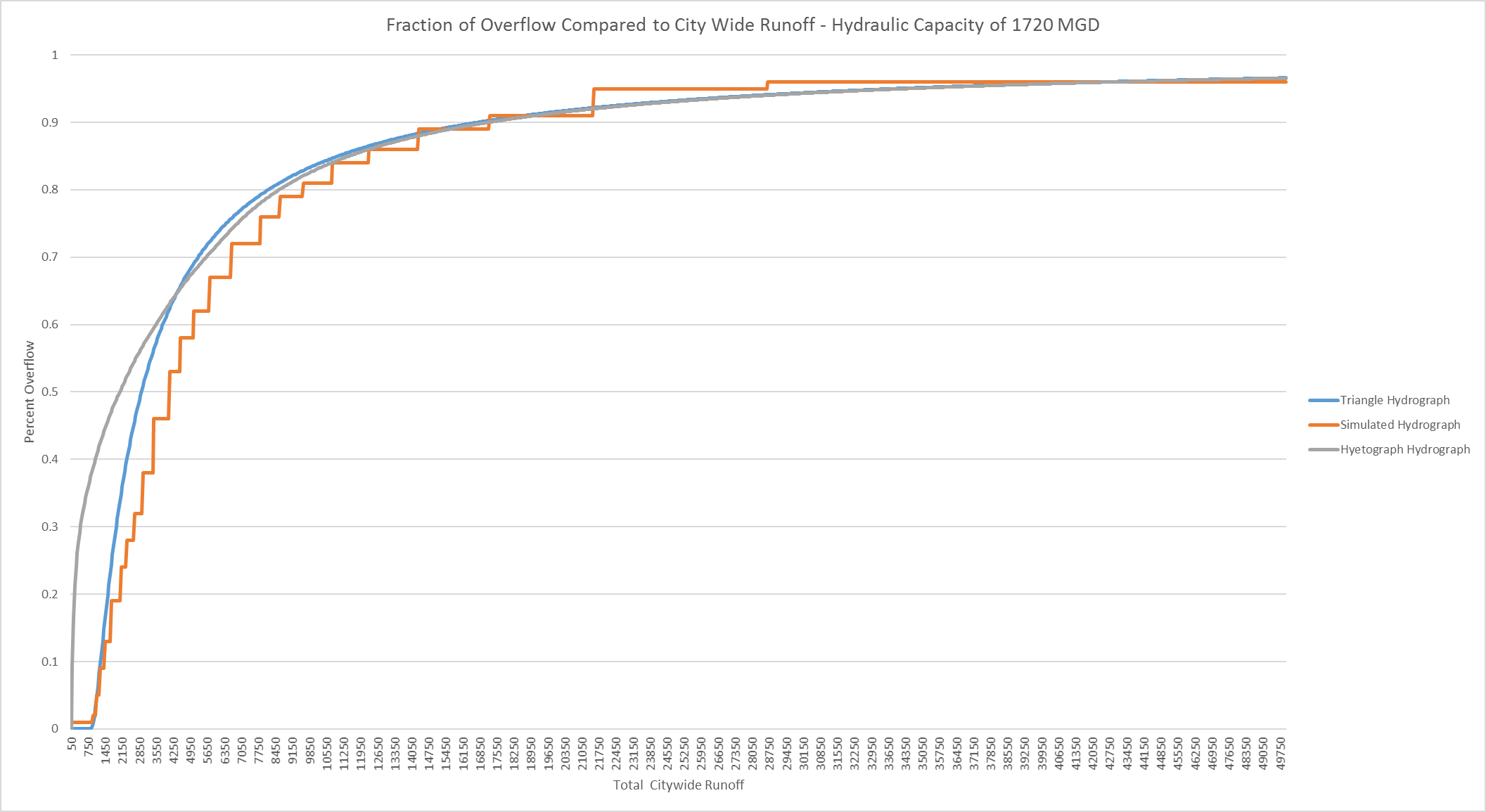 Option a (a triangular hydrograph) is currently the distribution used in AutoCASE.

[4] UNEP. Economic Valuation of Wastewater. The cost of action and the cost of no action

How to reduce your carbon emissions portfolio-wide cost effectively

END_OF_DOCUMENT_TOKEN_TO_BE_REPLACED

What is Energy Demand?