In the last episode of Marrying Cost-Benefit Analysis with BIM (CBA-BIM) I got to the meat of CBA-BIM – the linking of geography and economics. This episode will present an example.

How much local residents will benefit from a new railway station close by is an important question from several perspectives. Who will support the new station, how might taxes be adjusted to capture some of the increased value etc.

“The team works not only with decision-makers in adjacent facilities, et al., but also with local community officials. Design considerations have moved beyond access issues and now address the reduction of traffic congestion, improvements in walkability in the community, and other key measures of mobility and access.”[2]

The response of residential house prices to distance to a railway station is captured in a Dutch study[3]. The researchers “observe as big as 31% price difference for houses within 500m of the nearest station and houses beyond 15km for the station. … Apart from some irregularities at distance category 7,500 to 8,000 metres we see a smooth decline in the effect of distance on house prices.” The empirical data are from 1985 to 2001 are shown along with the trend line: 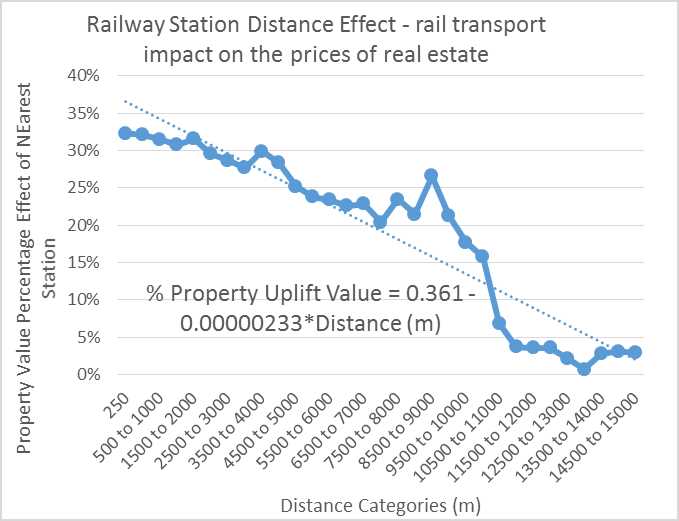 People with low incomes may benefit or be harmed from infrastructure improvements more than others. The distance-decay relationship can be refined for these factors. An example is that the economic value of transit differs for low income families.

Low income households may not have access to a car which may cost, say, $3 per trip[4]. They may have to rely on taxis that cost $6.10 per trip. 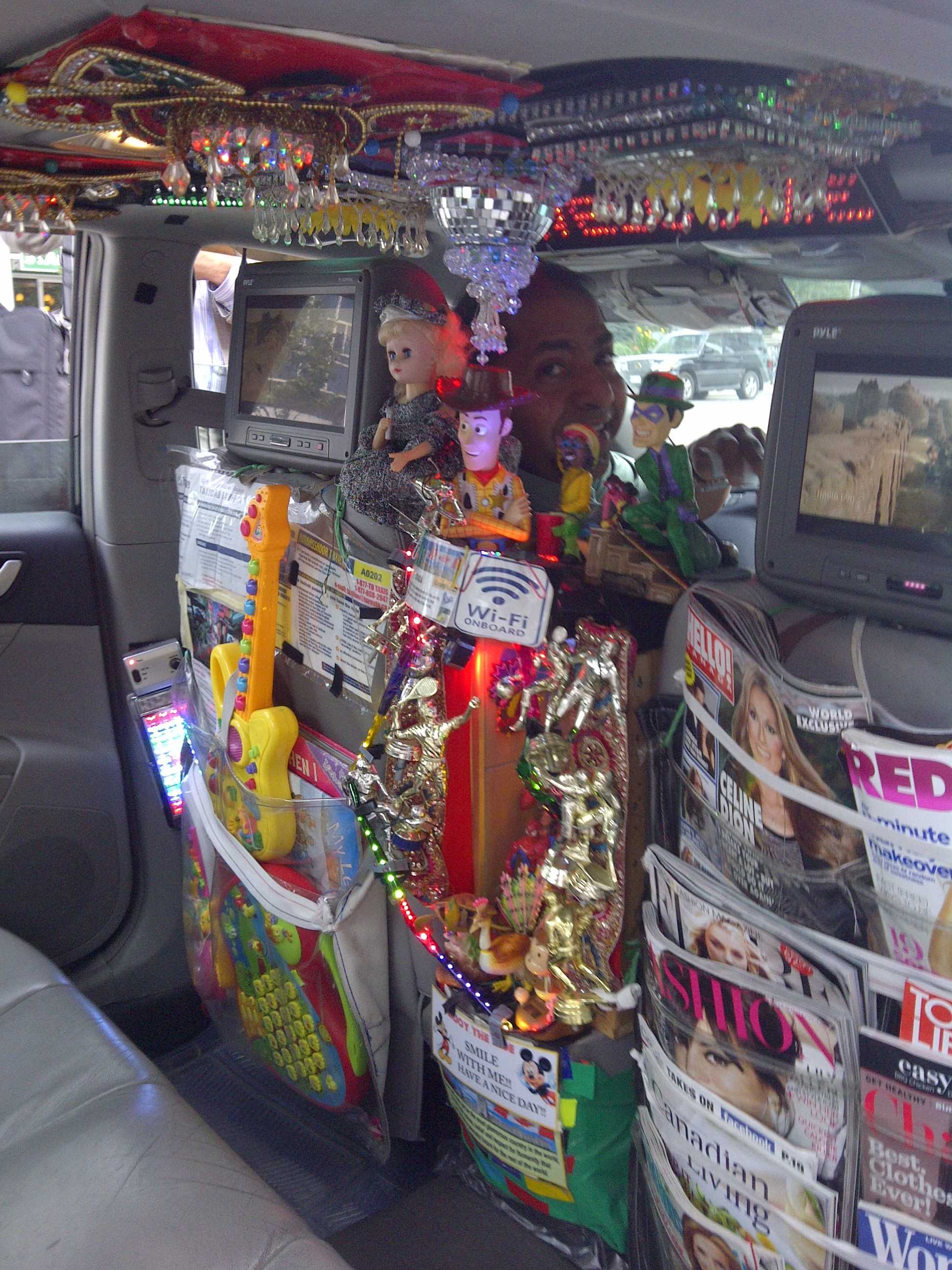 Worth the premium over transit?

Introducing transit at a cost of $1.50 per trip benefits both groups by providing more affordable transportation. By calculating the area under their respective transit demand curves the value to the two groups can be calculated.

When this total value number for the low income segment is translated into a WTP per rider per year it can then be combined with a distance decay function that uses meta-analysis results from the literature to differentiate between low and median income earners. The resulting relationship shows the benefit of new transit to differing income groups along with their distance to the transit station. 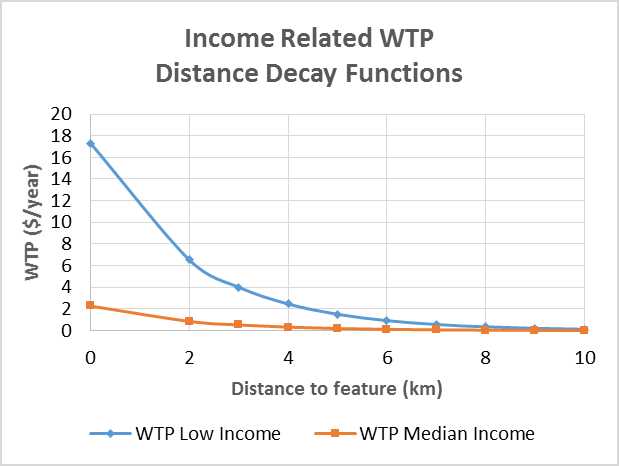 Mapping low income neighborhoods and their distances to the proposed transit station the income differentiated distance decay allows for estimating the benefit to these neighborhoods. The ability to answer the “what’s in it for me” question becomes a powerful tool to build stakeholder support for infrastructure projects.

The BCE incorporates the higher value to low income transit riders. AutoCASETM will add the spatial dimension as well in its upcoming release.

The example of the transit stop demonstrates that how valuable an infrastructure asset is in a city’s sustainability portfolio depends on its context. For example a park is more valuable the fewer parks are nearby.[6] The same relationships can be used to measure the value of dis-benefits of localized effects of infrastructure projects such as pollution, noise, and odor. Some example of these effects by different income group are provided below. CBA-BIM captures these economic and geographical relationships.

Extending the monetization of the EnvisionTM’s Quality of Life credits to give them a geographical dimension in CBA-BIM further builds EnvisionTM’s usefulness to the infrastructure community.