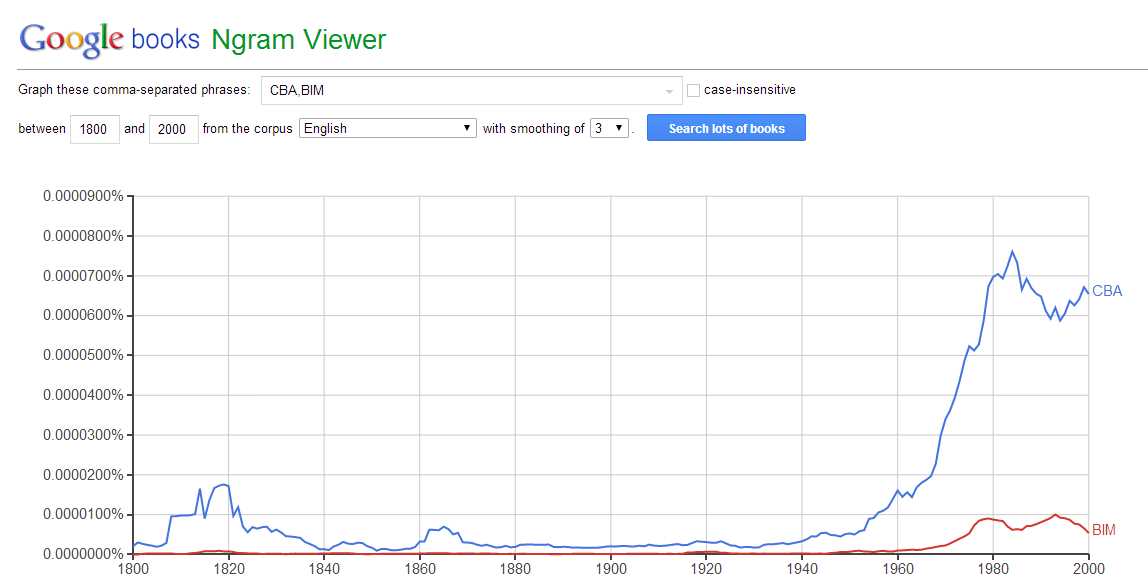 Google ngram for CBA and BIM

Automating CBA reduces cost, and bolting CBA into a BIM model makes it useful from early planning through to operation. Important decisions made by the engineers and architects are subject to rigorous economic data-based decision-making

Building Information Modeling (BIM) is increasing the transparency and consistency of data in the planning, design, and operations phases of infrastructure projects. Economic cost benefit analysis (CBA) is currently used on infrastructure projects to decide whether to proceed and, occasionally, which alternatives to design. Marrying CBA with BIM has tremendous potential.

Three innovations in the economic analysis have led to the ability to include CBA in BIM models:

CBA is becoming standard and cheap. At the same time, open data initiatives have allowed powerful BIM models to be populated easily and cheaply.

CBA in BIM gives architects, engineers, designers, and planners access to decision-making tools that help them decide what to build, how to build it, what the risks are, and who benefits

A simple linking of CBA’s valuation methodologies, such as willingness to pay, damage costs, and travel cost to a geographical information system, allows for CBA to add new data layers to a BIM model. CBA gives architects, engineers, designers, and planners access to powerful tools that help them decide what to build, how to build it, what the risks are, and who benefits.