We need more professionals like Dr. Hans Schreier (faculty of land and food systems at the University of British Columbia) to educate us.

The Globe an Mail reports that Toronto “is in the planning stages of a road and sewer replacement project to mitigate storm water and basement flooding that would require removal of 349 trees.” (“Lawrence Park residents object to tree removal for road and sewer upgrade” by Kat Sieniuc, Jun. 08, 2015).

In removing trees, the city seems to be out of step with most other cities that are using trees instead of more pipe to manage stormwater. Green infrastructure is replacing grey infrastructure. 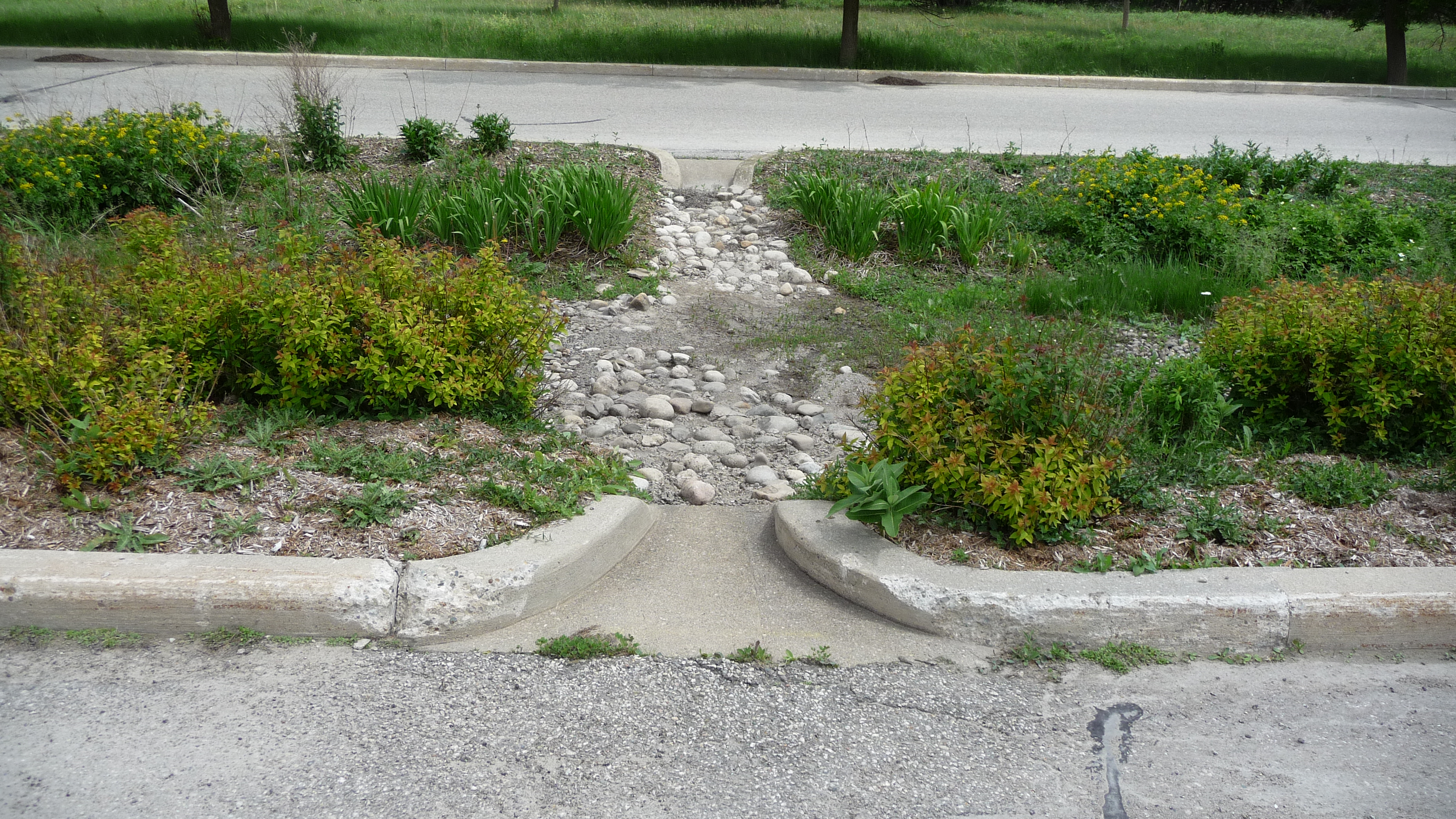 Guelph shows Toronto how it is done – curb cuts to direct stormwater towards natural infiltration rather than to storm sewers.

“Other cities have taken a different tack: Portland, Ore., converted about 500 streets from the conventional sewer piping system to “greenways” that use trees and other green infrastructure to manage stormwater, reducing the risk of sewer backups in basements.” (Also from the Globe and Mail article). 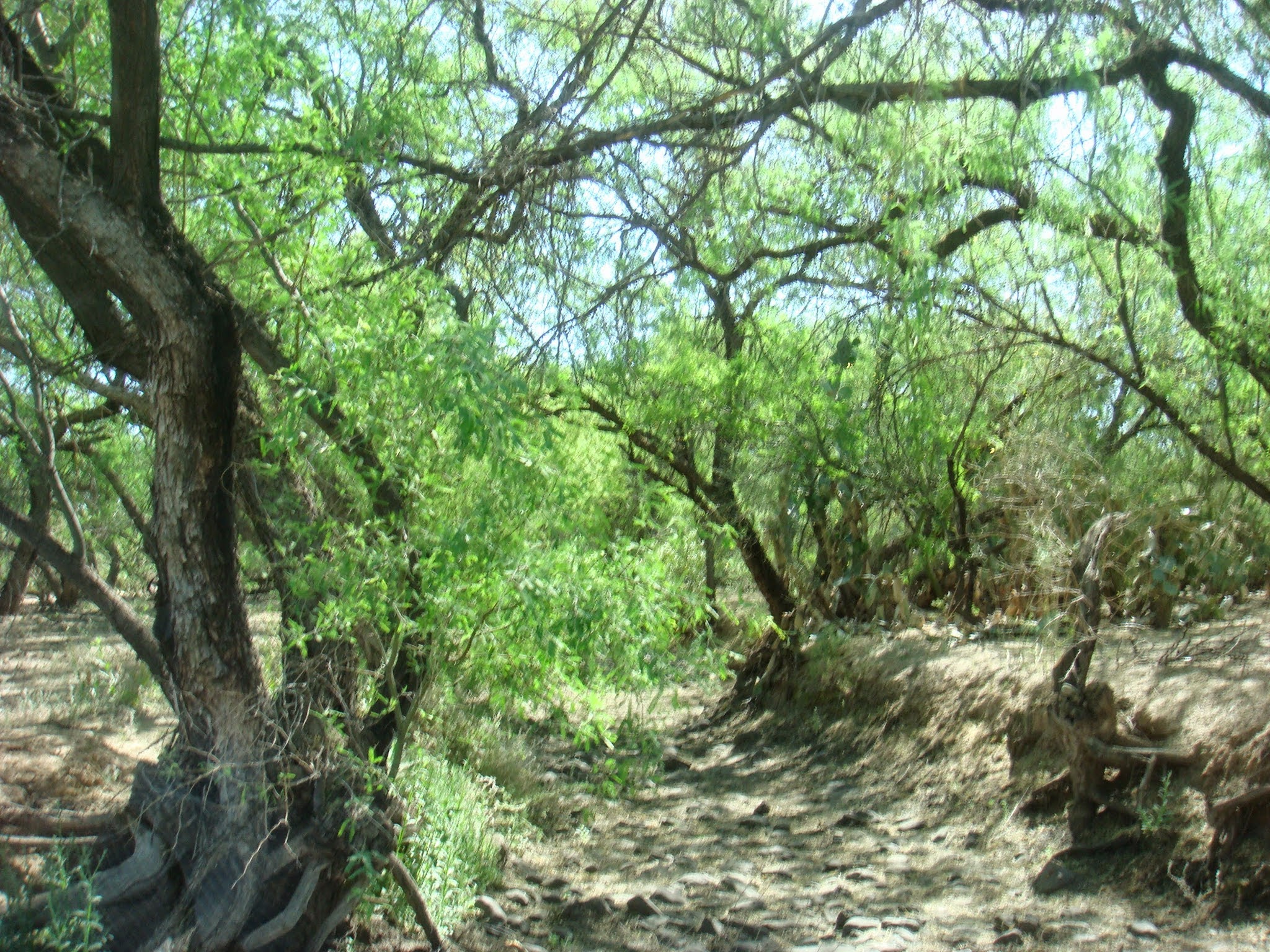 Tucson subdivision version of a Portland greenway. Less green but the similar benefits

“Urban trees are extremely useful for reducing runoff, Dr. Schreier said. A study he oversaw in North Vancouver found that conifer species, including Douglas fir and cedar, took in moisture from the ground through their roots and released it through their leaves – up to 50 per cent of all rainfall. Trees also remove water in the soil after a flood, he said. Extreme rainfall is becoming more common, and that means more strain on the city’s drainage system, and trees are less effective at mitigating the water flow. Dr. Schreier said infrastructure upgrades are a perfect time to green street drainage systems. “It’s very expensive to re-engineer cities, but why not do it starting in the neighbourhoods,” he said.” (Also from the Globe and Mail article) 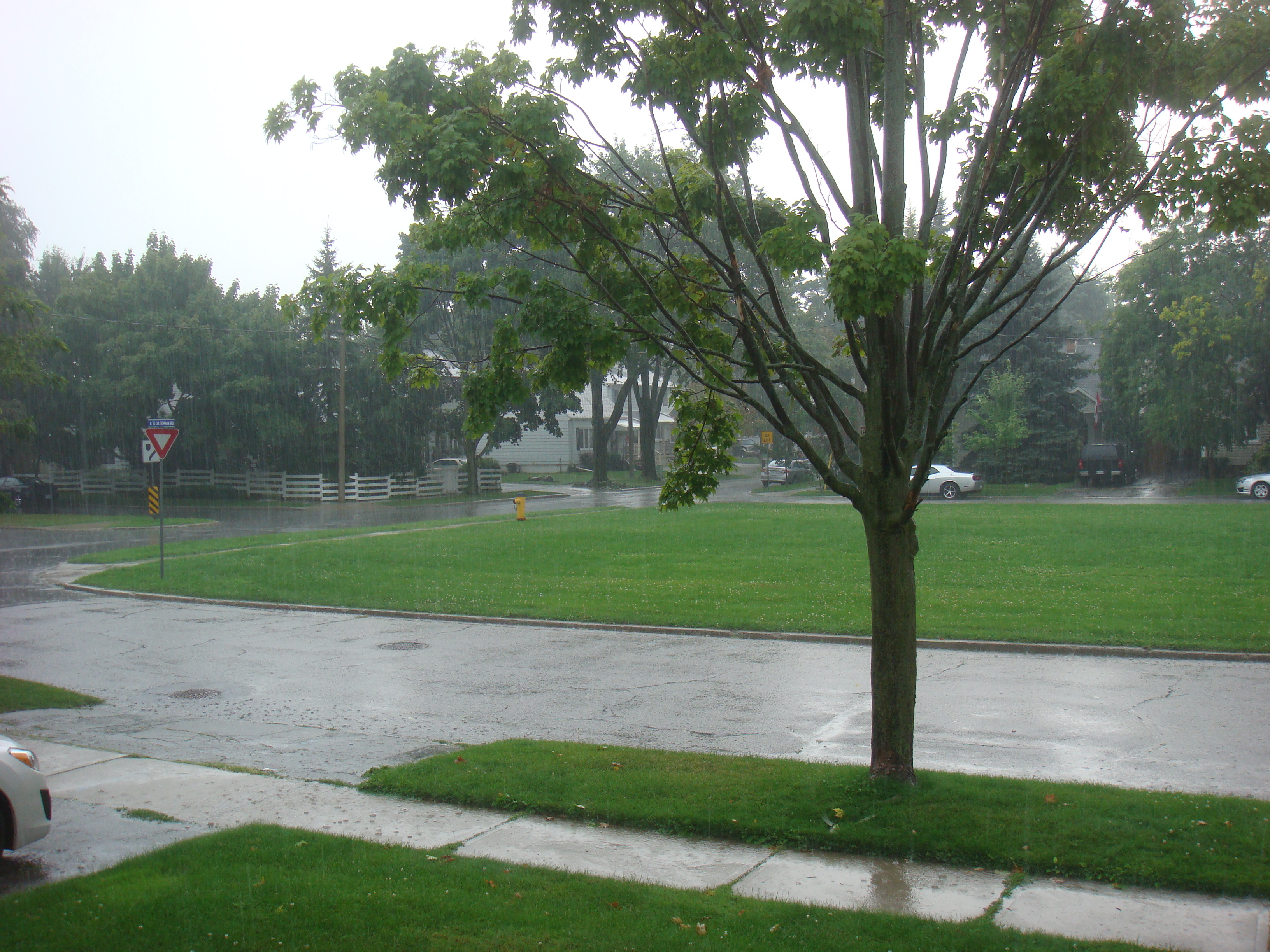 Toronto – let’s get rid of the trees so we can put in more sewers. 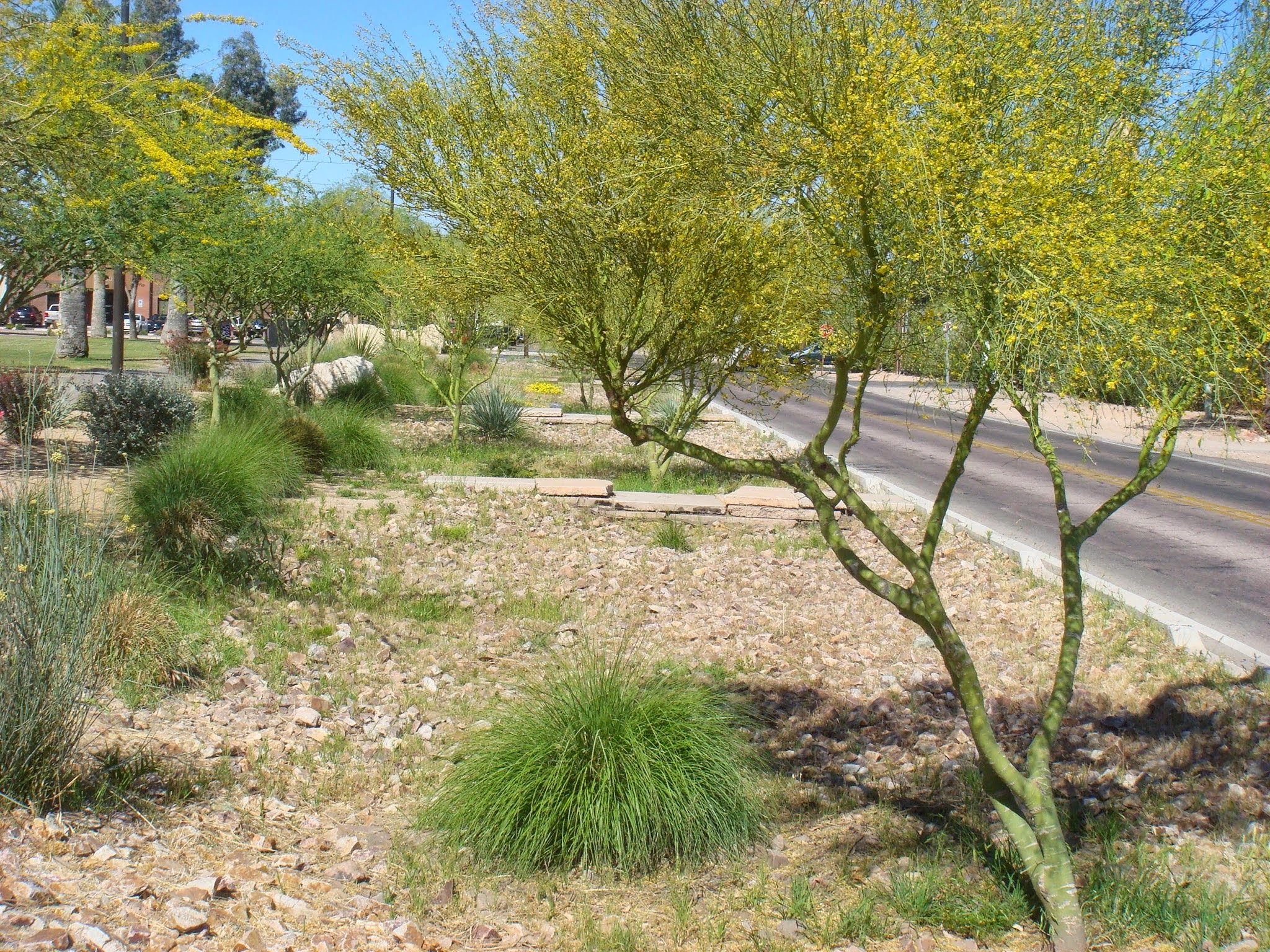 Tucson shows Toronto how it is done – use trees to absorb stormwater provide shade and improve neighbourhoods.