The Canadian economy is in an economic slump. Half the country is calling for the federal government to spend big on infrastructure while the other half is worried about the deficits this will cause.

Three things are being overlooked. The first is that we build infrastructure for the public benefits that it brings. Second, the benefits of infrastructure to the environment and quality of life are not captured in the traditional economic rationales – job creation and growth. And finally, green infrastructure can reduce the need for grey infrastructure. 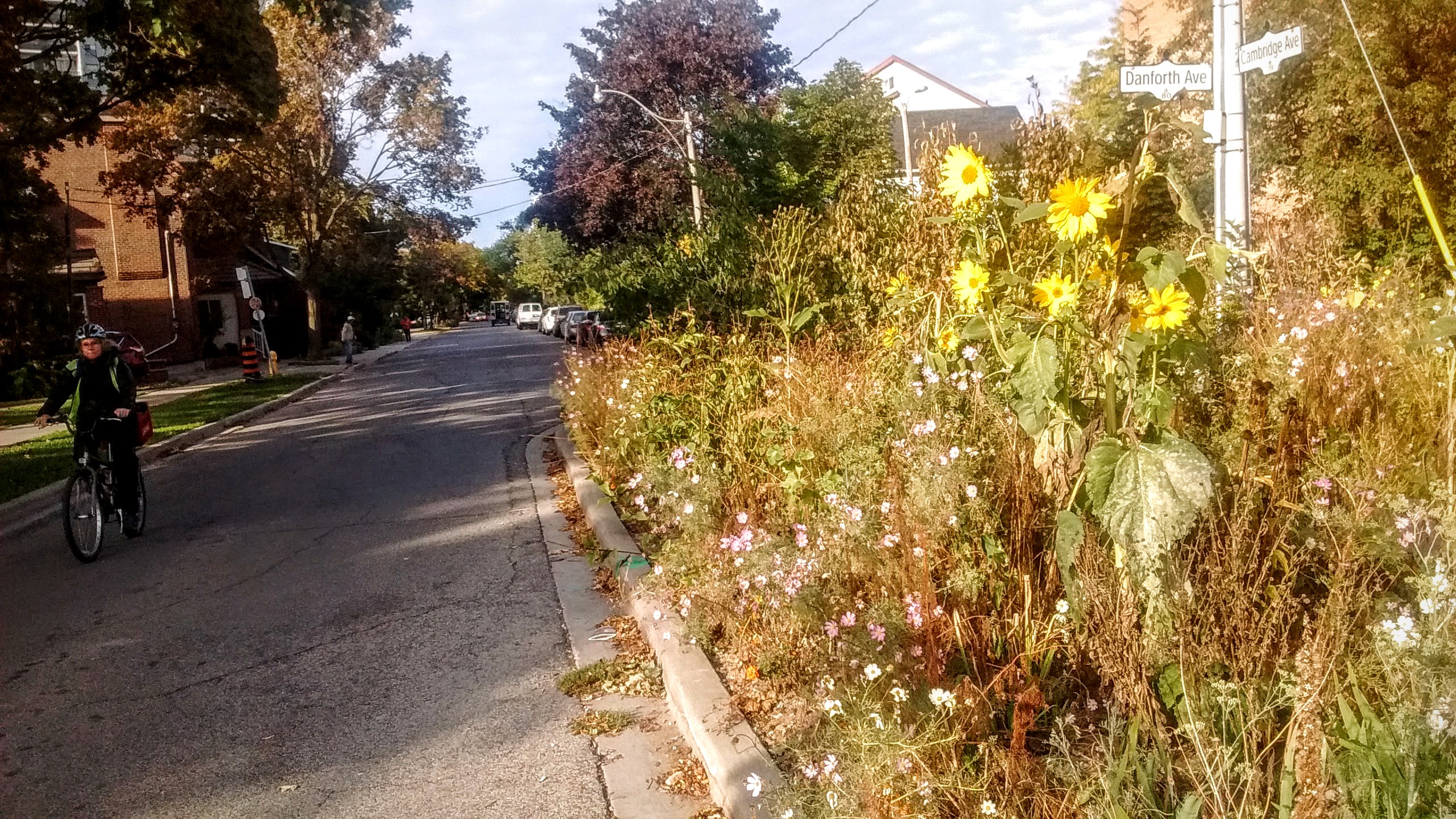 Green infrastructure is growing in Toronto

The Globe and Mail (16 Jan. 2016 “The $125-billion question”) asks whether infrastructure spending will work to boost the economy. This is the wrong question. We should be asking the question why do we build infrastructure?

I take as a starting point that, yes, the right infrastructure investment may generate jobs and growth, but the main reason is that we build infrastructure is to make our lives, where we live, and our environment better. With this mindset in place we are forced to think more broadly about whether and what to invest in. What is cleaner air and water worth? How do we value time spent getting around? These things are trickier to pin down but they are real and have value. Economists, those skilled in cost-benefit analysis, eco-system valuation and micro-economics, can help. We should stop listening to the (macro) economists blathering on about growth and jobs.

The Globe again writes that “More spending would produce more growth. The downside is that it will also lead to larger than planned deficits and a larger federal debt, when measured in dollar terms.” John Ibbitson (Globe and Mail, Thursday, Jan. 14, 2016) writes that “weak growth and low interest rates do justify infrastructure spending … There’s a caveat, although it’s one that both politicians and voters constantly forget. All of this infrastructure spending will create big budget deficits. … After the recession ends, the deficits remain.”

But as long as the infrastructure remains so do the public benefits. Cleaner air, and water stay and continue to give us health and happiness year after year. So let’s put the cost of deficits up against all the benefits and make an informed choice before being scared off by the deficits bogeyman.

Finally, no-one is talking about green infrastructure. Using nature rather than paving it over has gained favour in the engineering profession. Stormwater management is a case in point. Using wetlands, trees, and natural processes means that we get less flooding which is a financial gain. But we also get cooler cities in the summer, cleaner water, and more recreational areas. Green stormwater infrastructure brings multiple benefits. It also means less need for grey infrastructure – less pipe and reduced investment in water treatment.

Civil engineers and architects are using nature. They are using green infrastructure in designing buildings, sites, and infrastructure to be more resilient. Ecological economists are helping them make the business case for green. Small and green should be not be overlooked as a sensible and cost-effective alternative to the traditional pouring of concrete that only exacerbates our flooding and climate change challenges.

There is solid evidence that if we build infrastructure and maintain it we will be healthier, wealthier and better off. We should justify our investments more broadly than with just job creation and growth. More people are now arguing that infrastructure is the best use of our money and that now is the right time to spend. We should not be distracted by arguments against deficit funding if they ignore the benefits side of the equation. Finally, we should think about infrastructure as including green solutions because working against nature is always a bad idea.