There is a general belief that green infrastructure is more expensive than grey. We ran some quick scenarios to illustrate the cost difference between green and grey stormwater management options. 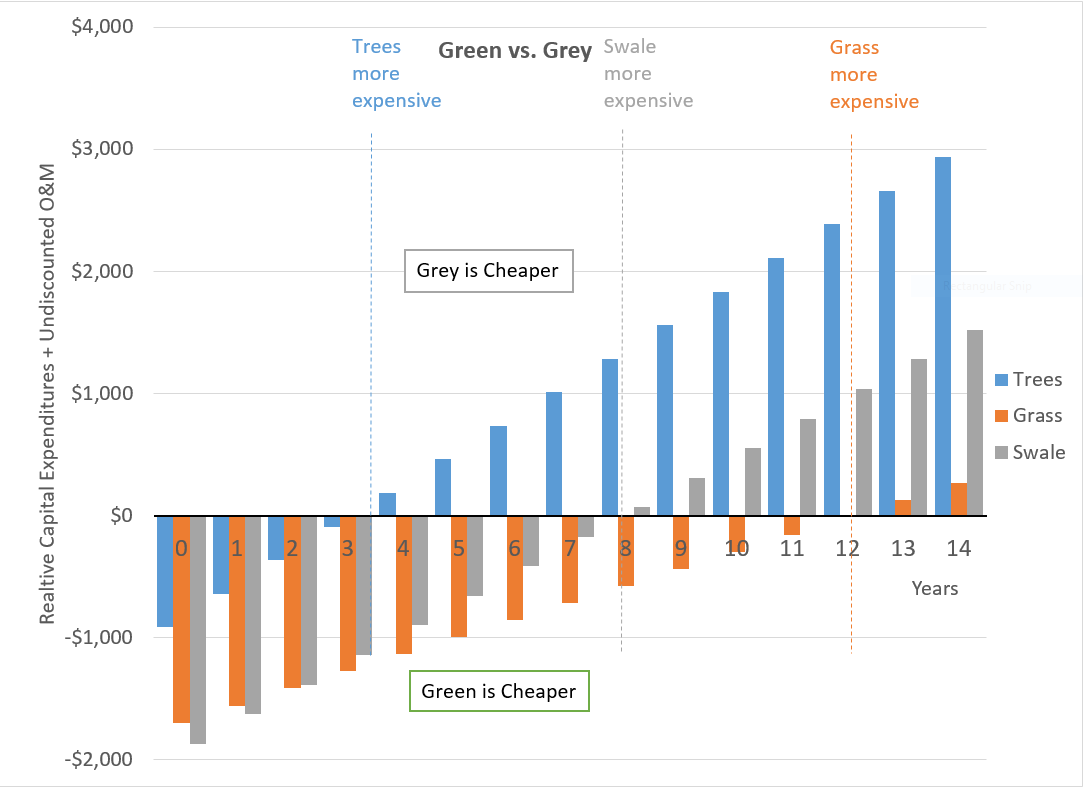 Example of the cost of grey vs. three green stormwater designs to manage runoff from a road in Toronto

For the cases of green infrastructure that we have experimented with the capital costs difference is not there; green is initially cheaper than grey. This is is contrast to the widely held belief that upfront costs of green stormwater infrastructure are more than for grey infrastructure.

Adding O&M tips the balance back to grey as the cheapest (on a lifecycle basis) since green does require more ongoing maintenance.

It should be noted that for this analysis we ignored all of the benefits of green infrastructure that AutoCASE calculates such as: flood risk reduction, urban heat island mitigation, increased property values, more recreational value, better air and water quality and reduced carbon emissions. However, that said, on with the experiment details …

To compare the capital expenditure (capex) costs of green and grey we ran a base case in AutoCASE of an asphalt road (in Toronto, 20 feet wide by 200 feet long) which costs $19,960 (according to AutoCASE’s automatic cost estimation algorithm) and creates an additional capex on piping and detention cost of $2,907 to manage the stormwater runoff from a 2 inch design storm.

The cost comparison for each scenario follows(1):

In these three cases, the capex is actually less for green but over time (3-12 years) grey becomes cheaper when the higher green O&M is factored in. 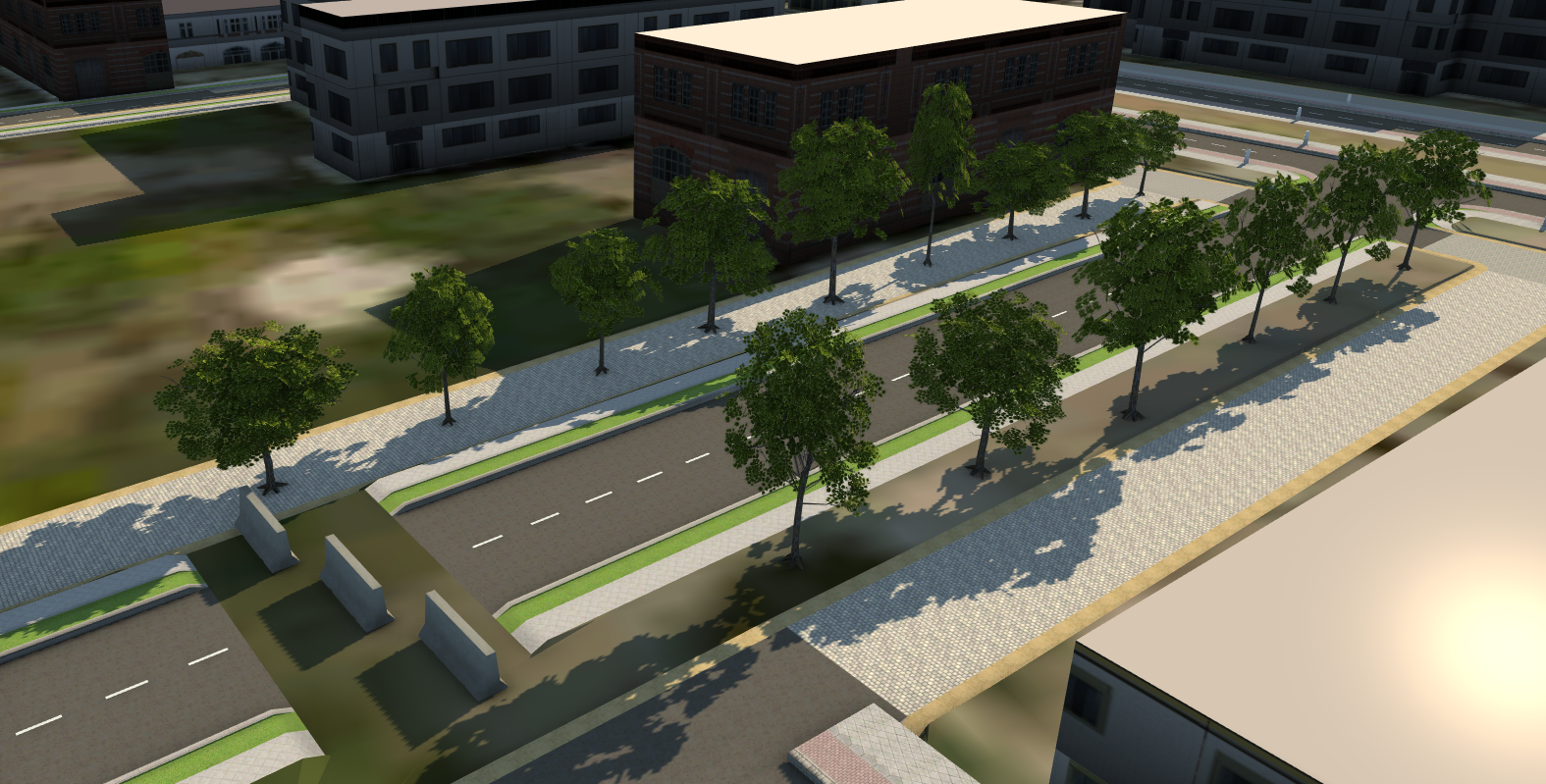 200 feet of Phoebe St. in Toronto with 15 (virtual) street trees planted in InfraWorks 360

All of which can be summarized as: