The Economist recently published an article on “Curbing climate change – The deepest cuts”, their guide to the actions that have done the most to slow global warming (Sep. 20th 2014). Like the McKinsey studydid for individual climate related actions a few years ago (2007) this version looks at policies (and events) and ranks their climate impact.

“while the world’s governments have hundreds of policies for tackling climate change, some of them very expensive—China, America and the European Union spend $140 billion a year on subsidising renewable energy—it is hard to say which policies are having the greatest effect.” 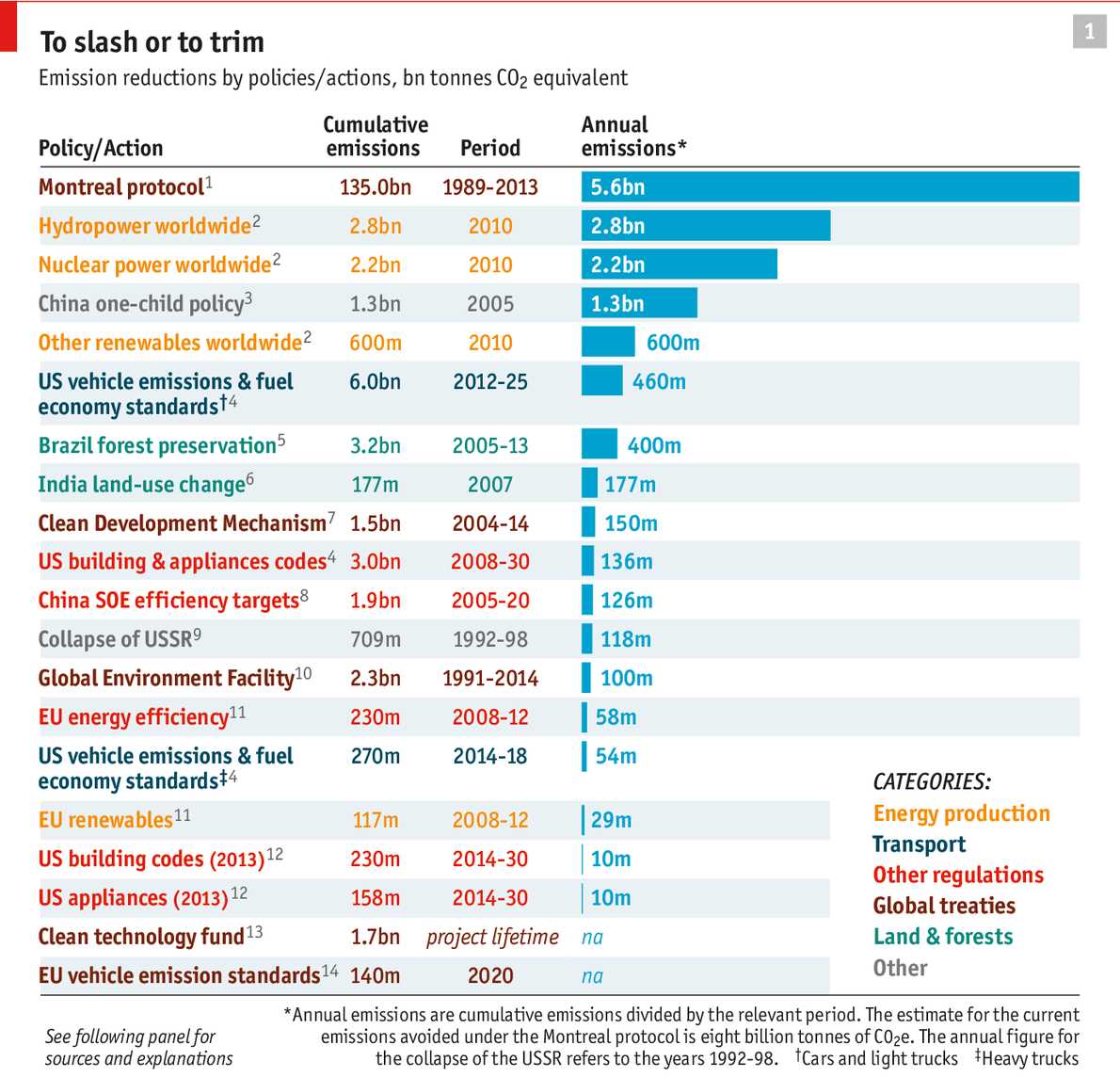 For comparison, here is the McKinsey marginal cost curve from the study cited above: 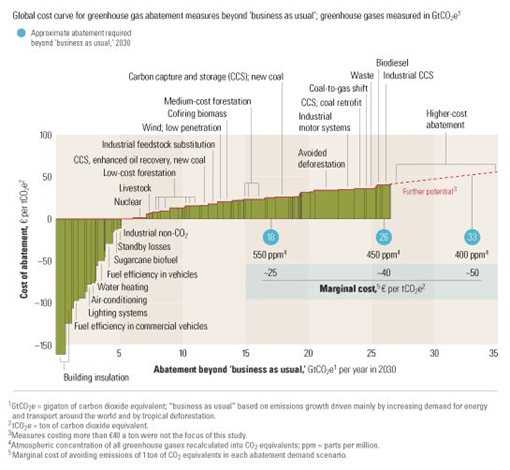 McKinsey Quarterly -February 2007 “A cost curve for greenhouse gas reduction – A global study of the size and cost of measures to reduce greenhouse gas emissions yields important insights for businesses and policy makers.”

“One policy stands head and shoulders above all others. And it is one that few people other than climate-policy specialists will have thought of in this context: the Montreal protocol, a 1987 agreement to phase out substances such as chlorofluorocarbons (CFCs) used in air conditioners, refrigerators and so on. It was enacted to limit the damage such substances were doing to the ozone layer, a goal which it has achieved. Like carbon dioxide and many other gases emitted by industry and agriculture—methane and nitrous oxide, for example—CFCs are greenhouse gases. And they are extremely potent ones, causing thousands of times more warming per molecule than carbon dioxide does. That means stopping CFC production, which was in the range of millions of tonnes a year, delivered a climate benefit equivalent to cutting carbon-dioxide emissions by billions of tonnes.”

“Three other lessons emerge. First, policies to slow or reverse deforestation are more important than one might expect. … Rules that make vehicles more efficient and improve the energy efficiency of buildings and appliances have done more than might be expected. …(and) Subsidies for solar and wind power do less than you might expect, considering the attention they receive. ”

Also, they acknowledge that carbon is but one of the benefits of these poliicies:

“many policies have benefits beyond—or indeed closer to hand than—those they offer in terms of climate. Burning less coal saves lives in the near future as well as reducing climate risks in decades to come. Saving forests preserves wildlife, not just carbon.”