I was at a presentation yesterday by Mostafa Askari from the Canadian Parliamentary Budget Office. The PBO released yesterday its “Economic and Fiscal Outlook Update 2014” with some interesting perspectives on the ability of the Feds to finance infrastructure projects:

“PBO estimates that the government has fiscal room for one‐time capital investment of $50 billion in 2015‐16, or $10 billion annually over the medium‐term. This investment can be undertaken while still achieving balanced budgets and achieving the government’s 25 per cent debt‐to‐GDP ratio target in 2021. … The fiscal policy room is even greater if a longer horizon is considered in a debt sustainability framework.” 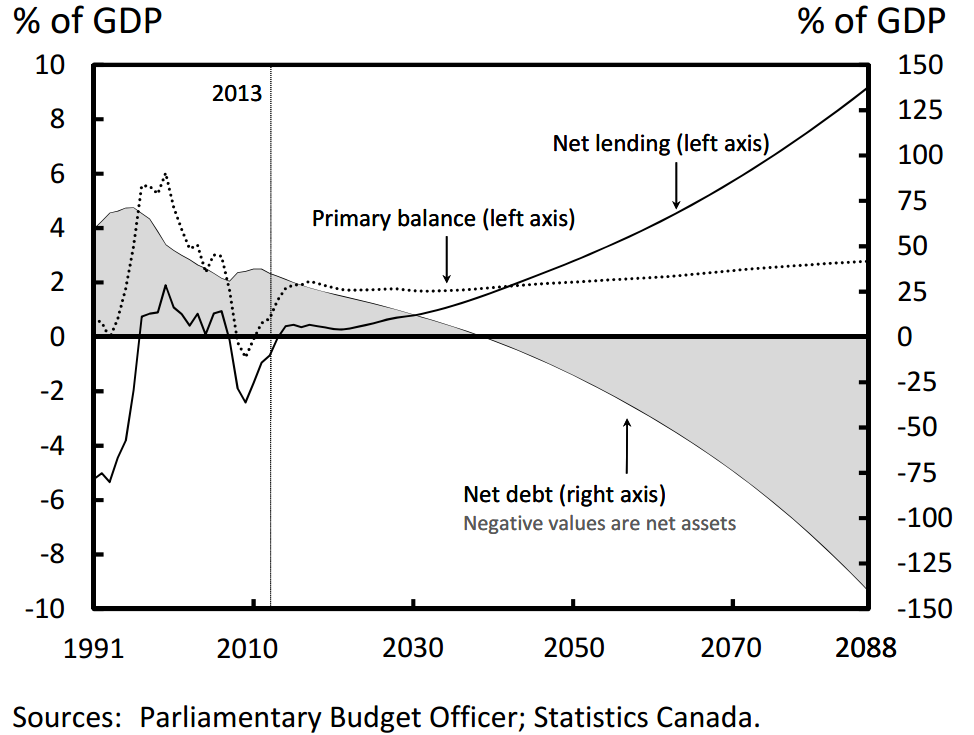 The Future’s So Bright, I Gotta Wear Shades

Investment by the Feds is easier on their deficit reduction targets than transfers to other levels of government for the same thing. This is because federal investment is spread over the life of the project as opposed to being expensed in the year of the transfer to other governments. “Transfers support specific program areas, such as funding arrangements for … transit investment.” Economic and Fiscal Outlook Update 2014. Given the focus on deficit reduction it seems as if lower levels of governments should be looking for Federal infrastructure investments rather than transfers as they usually do.

As we have noted before, Infrastructure investment has benefits such as increased growth that boost government revenue:

“Capital spending, for example federal investment in public infrastructure, can be an important tool of public policy in supporting economic growth, which in turn improves future fiscal outcomes”

“Research in the IMF’s October 2014 World Economic Outlook 2014 showed that debt‐financed public investment in advanced countries can significantly contribute to expanding economic output in both the medium and long term. The IMF’s research also showed that under current economic conditions and borrowing rates, this spending can result in a net improvement in the budgetary balance. (The IMF’s research shows that a 1 per cent increase in debt‐financed public infrastructure investment can lead to a 3 per cent decrease in a country’s debt‐to‐GDP ratio). ”

This means that there is even more room for investment :

“The actual fiscal room available is likely to be much larger than presented above when these factors are considered.”

There is infrastructure money there; don’t let the Federal fiscal hawks tell you otherwise.